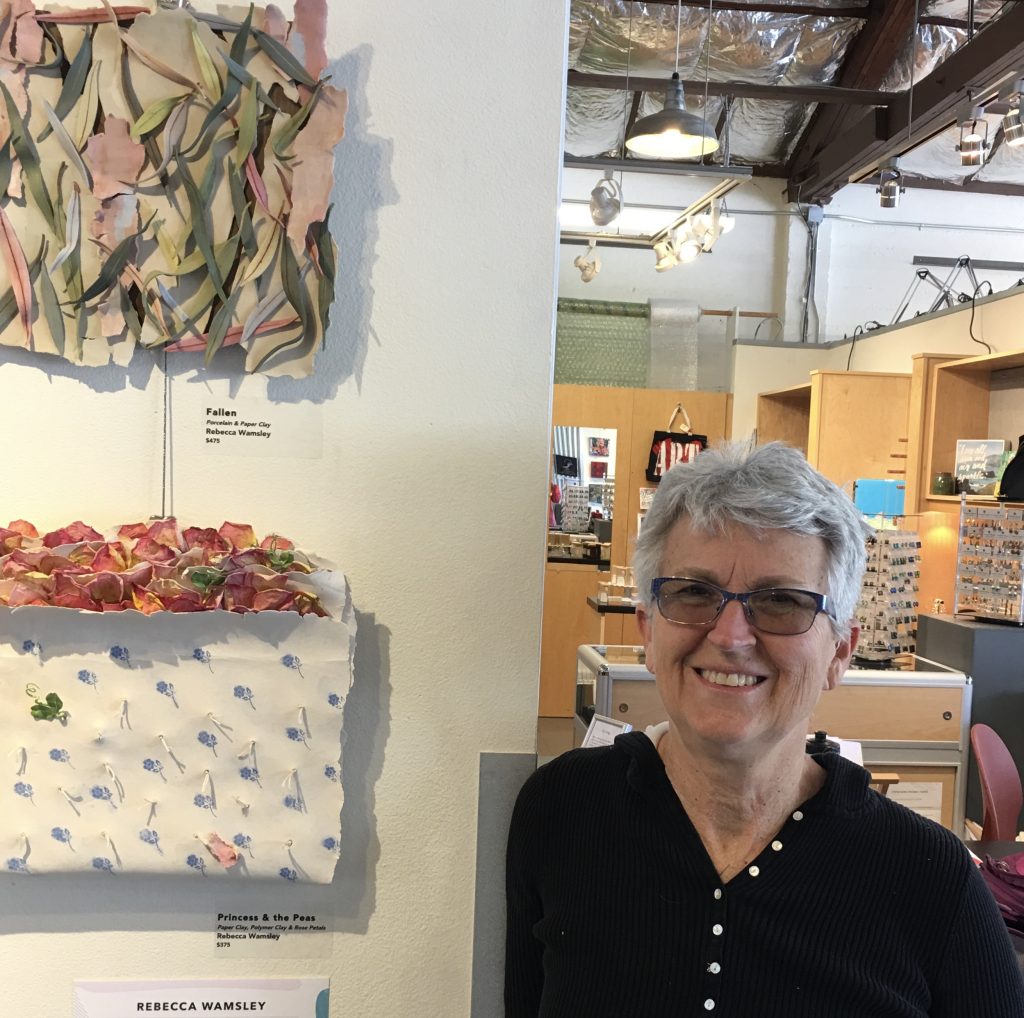 I started ceramics at Saddleback College many years ago, gave it up for a few years, then started back at Santa Barbara Adult Ed, built my own kick wheel, worked at it for awhile, then quit again.  Fast forward 40 years later,  I moved to Alamos, Mexico where I engaged with a Mexican potter whose grandmother I had bought a simple coiled terra cotta water pot from many years earlier.  The grandmother stayed in my memory because she was dirt poor and had literally worn her fingers to the bone making pots to support her family.  Her granddaughter was carrying on the tradition and was kind enough to sell me some of her clay and fire the few pieces I made using a knife, fork, spoon and wine bottle rolling pin.  I didn’t stay in Mexico, but I did stick with pottery this time after moving to San Luis Obispo.

Now, I have my own studio with a wheel, slab, roller, extruder, and 3 kilns and more tools and materials for carving, texturing and glazing than I could have ever hoped for.  I have been to many workshops with reknowned teachers, who have taught me so much, but no technique compares to the elemental simpicity of hands, clay and fire.

Most of my life I have been a maker of things: drawing. painting, sculpting, landscape design, chocolatier, but clay has called me back again and again.  There is so much to know and so many techniques to try, so many mistakes to make.  My only regret is that I don’t have another lifetime to dig around and explore clay; this most fundamental of substances, made of the dust of mountains, melded with the bones of all creatures, bound up in time itself.